New life is coming to the St. Louis landscape as efforts are being made to restore and repurpose old and historical buildings. The benefits of such efforts can be seen in the new use of St. Liborius a once-prominent Catholic Church in the St Louis Area.

The construction of the church began in 1856 and was finished in 1889. The Church served its parish faithfully until its doors closed in 1992. Where in the years since neglect and time have taken their toll.

The St. Louis Skate Community Comes To the Rescue

David Blum and his partners are behind the group SK8 Liborius which is a group that includes skateboarders, BMX riders, artists, and musicians. Their purpose is to use St. Liborius as a skate park and art gallery that reaches out to inner-city youth in the St. Louis area.

Blum said to 5 On Your Side in an interview about the building, “Sixty-five-feet from the floor to the ceiling. It’s just an incredible building.” With its intricate religious paintings that adorn the walls and ceilings, the detailed architecture and blown stain glass Blum is not wrong in his assessment.

St. Louis' "skate church" has been a draw for nearly a decade — but it's needed to stay under the radar. Now that's changing, as Sk8 Liborius' founders embark on an ambitious plan to open an art center and go legit https://t.co/pNyWLRgCSy

The Church now will faithfully serve a new community as SK8 Liborius works hard to restore the building. “I think we’re showing that you can reclaim old buildings and turn them into really positive spaces,” said Joss Hay, a partner in the SK8 group.

What Restoration Does for a Community

The Restoration of old buildings brings a new life to the history of an area. Children who may feel forgotten in our current society now have a place that feels like home. Artists and musicians whose voices have been marginalized can now be heard.

But more importantly, as a Christian, I pray that a new generation comes to a building once dedicated to God, with art that depicts the truths of Jesus Christ, and that eyes are opened, questions are asked, and the seeds of faith are planted.

Stop from doing sin is not the answer for your help. JESUS CHRIST and HIS GOSPEL is the ultimate answer #ChristianSkateboarder

Spreading the gospel may not be the purpose of the SK8 group but the Lord is capable of using anything to reach the lost of this world, even an old restored church turned Skate Park.

JonBenét Ramsey’s murder case has been cold since 1996. Yet the story of the child beauty queen still…
byStaff Editor 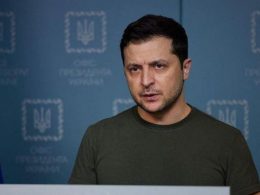 WHY Youngkin Is Favored Over Biden

Gov. Glenn Youngkin (R., Va.) is much more preferred in Virginia than President Joe Biden, according to a…
byadmin

Baby DIES After Father THREW Her to the Ground

Police claim a 7-week-old baby died after her father threw her to the ground. Del’Shawn Banks, a 23-year-old,…
byStaff Editor 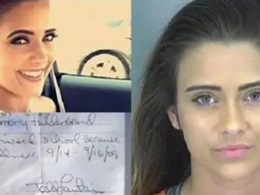 Ding! The notification alarm reaches your ears and instantly your palms sweat. You glance at your screen, heart pumping,…
byStaff Editor 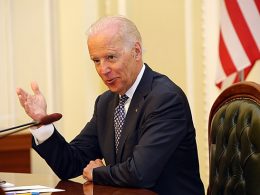