The Democrat majorities in the Nevada Legislature have handed the Silver State over to a de-facto single party system. As the clock ran out on the 2021 session the Democrats rammed through a slew of progressive-socialist measures which have effectively transformed the home of Las Vegas into a satellite-state of the Peoples Republic of California.

In the single most damaging change: the state has adopted AB321 expanding mail-in voting and automatically sending ballots to all registered voters  “not later than 14 days before an election.” … permanently starting in 2022.

The mainstream left is lapping this up hungrily, accepting the blithe justification that the ruling agrees with the summary dismissal of the Trump campaign’s legal challenge to Nevada’s rushed mail-in voting mandate. There’s just one problem: it’s bullsh*t.

Most outlets such as the American Independent writing on this new assault on the electoral system describe that Nevada’s legal challenge to the 2020 Election from the Trump administration  was dismissed because “the Trump campaign’s claims that the method would lead to fraud was “speculative” and did not prove that there was a “substantial risk” of fraud”.

Except, the cause for dismissal given in the ruling is lack of standing, wherein the court decided that the Trump Campaign didn’t represent the voters, rather they represented President Trump himself and determined he had no legal standing to object to the mail-in-voting.

The ruling from US District Judge James C. Mahan even states “This court grants defendant’s motion to dismiss due to plaintiffs’ lack of standing. (ECF No. 37). Plaintiffs’ amended complaint is hereby dismissed”

What Else Did Nevada Ram-rod through?

While they were setting up the Democratic Socialist Republic of Nevada here’s what else “the party” pushed to the desk of Democrat Gov. Steve Sisolak where they will surely be signed with nary a batted eyelash.

Clearly at the rate Nevada politics are sliding downhill, it’s only a matter of time before we hear about the next secessionist movement: to create the Greater California Socialist Republic.

#CalExit was only trending four years ago, Democrats even discussed a West Coast secession as a contingency if President Trump successfully held his office in 2020, so does it really seem so far-fetched? Even as Nevada’s Congressional seats are vulnerable in 2022, it still seems that the Nevada GOP has failed and the Silver State has fallen. 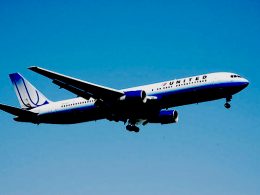