She’s been in Congress for thirty-four years… you would think she’d know every procedural trick in the book. And you’d be wrong because ol’ Nancy didn’t see this one coming. The GOP in the House, despite a decisive disadvantage in votes and barely clinging to what could be considered even a modicum of power, have managed to derail not one but two of the Democrats’ top legislative priorities. Congressman Andy Biggs (R-AZ) said the move was “stunning”. The long and short of it is: Nancy got cocky, she left an opportunity hanging out there and the Republicans rammed it down her throat. And given what she was trying to pull, that’s one hell of an irony.

But… How… Did They Derail Her?

This is where it gets a titch complicated so let’s take it slow. First, the two bills that the GOP under Minority Leader Kevin McCarthy managed to torch were: the LGBTQ Business Equal Credit Enforcement and Investment Act, and the Equal Access to Contraception for Veterans Act. The amazingly successful derailment was managed by Reps. Biggs,  Matt Rosendale (R-MT), and Chip Roy (R-TX) among others.

-The LGBTQ Business Equal Credit Enforcement and Investment Act would have allowed the government to once again pick business winners, this time instead of favoring black farmers this law would favor LGBTQ-owned businesses lending to them preferentially in a similar fashion to how minority-owned businesses are currently treated.

-The Equal Access to Contraception for Veterans Act would have been an absolute abomination of a bill forcing all Americans to fund abortions and the issuance of abortifacients through their tax dollars… and the military. This bill would require that the Department of Veterans affairs provide taxpayer-funded abortion drugs in a clear violation of the religious beliefs of millions of pro-life Americans. Our military should never have innocent blood on its’ hands, and you don’t get any more innocent than the unborn.

Speaker Nancy Pelosi was so very certain of herself that she decided to try to ram these two bills through without so much as a peep from the Republicans, and that’s where she screwed up.

Congressman Biggs told Breitbart, “Pelosi had attempted to use a procedure called “suspension of the rules” — which requires a two-thirds supermajority of the House to succeed — to pass two highly controversial pieces of legislation. ”

Congressman Biggs explained this catastrophe for the Democrats,

“What the deal is on these suspension bills, they have to get two thirds to get them across the line,” Biggs told Breitbart News. “The significance of taking down the suspension votes is that the Democrats are trying to change all the rules and traditions of the House and force all of their agenda even if it’s not radical — but the radical parts and the non-radical parts — they’re trying to force it down our throats. Our position has always been that that is — it is that we have to fight on every issue. That’s why we ask for roll call votes on the suspension votes because we want transparency for the American public number one, and number two we want everybody to be recorded on how you vote, and number three we want to put the speed stick down. That’s what that’s been all about.”

Both votes spectacularly failed the LGBTQ preferential lending failed 248/177, the VA, Taxpayer-funded abortion bill failed 240/188. This is the first time, this tactic has been successfully employed to block the Democrats, but he added that now Democrats may be forced to negotiate.

“The underlying thing here is the Democrats do not believe the Republicans are unified enough to take them down and block them. So far, they’ve been right,” Biggs said. “I can’t tell you how critical this is in my opinion but by taking those down this is a leverage point to try to restore the balance. Right now they’re abusing us and not doing anything through regular order. For instance, they added a bill at the last minute this morning to try to put up. So the reality is that’s what we’re facing. If you don’t fast-track it, you slow it down. The other thing is if you start taking some of these down, It gives you leverage points so the Democrats come back to us and say ‘alright, let’s make a deal.’ Maybe, if rationality were to win out, maybe they would come back and say ‘how do we make this thing work?’”

Congressman Biggs and his fellow members of the Freedom Caucus are doing it right. Fight with every tool and procedure you have. 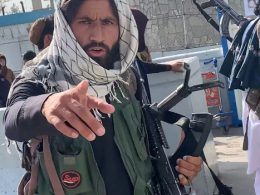