We live in an age where American citizens can be censured for questioning the government, and former presidents can be barred from the use of Social Media, but Human smuggling is untouched. Social Media Giants have abused their power to go after innocent bystanders but remain silent against true evil.

Women and children are made to pay the price of such decision-making. They make up the largest percentage of human trafficking victims. Children as young as infancy can be sold over the internet to fulfill the sick desires of the perverts who buy them.

Facebook has now admitted to Arizona Attorney General Mark Brnovich that it allows for such communications on its platform.

Organizations like, O.U.R. Rescue, and investigators like Jaco Booyens, hunt down the monsters who prey on the innocent. Their job is never-ending due to the high demand for human trafficking because there are more people in slavery today than at any other time in human history. In fact, if all four hundred years of the transatlantic slave trade were added up, there are still more people enslaved today.

The American Border Patrol sees the worst of it. Smugglers use children to get people across the border or distract officers from drug stashes. These children are usually abused physically and sexually by their handlers and the many people they are sold to. The Smugglers will sell children to individuals so they can pretend to be families as they cross the border.

The human trafficking business is still booming on the border and there is still no sign of Kamala Harris. pic.twitter.com/MVH4l2nFQE

Facebook now admits they are complicit in the abuse of these women and children. Their platform, as well as many others, is the means of communication between buyers and sellers. This makes them no better than the slaver’s platform in the town square. We no longer live in the 18th century and must fight against Social Media sites hiding behind laws that protect platforms. This is an outright lie on their part as they act more like publishers who have no such protection against liable laws and censorship. 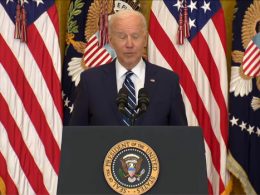 Nancy Pelosi is at it again, twice now her efforts to impeach President Trump have failed. In her…
byMatthew Holloway
3 comments

Senator Cyntia Lummis (R-WY), has delivered a deadly blow to the Biden-Harris regime’s ongoing policy of packing the…
byMatthew Holloway 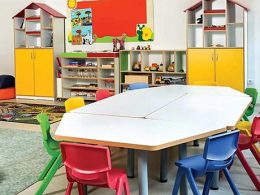