Hawaii Democrat Representative Tulsi Gabbard held nothing back in her remarks about the hypocrisy of the Democrat Party during an interview on Fox News.

Gabbard, who is widely known for her brutal attacks on Senator Kamala Harris during the Democrat Primary, slammed the Democrat party for its decision to remove gendered language from the House of Representatives, referring to the move as hypocritical for a party that claims to support women’s rights.

The Hawaii Democrat made the remarks on “Tucker Carlson Tonight,” which came shortly after she recently proposed legislation that would ban biological men from competing in women’s sports.

“It absolutely does the very opposite of that and it’s the height of hypocrisy for people who claim to be the champions of rights for women to deny the very biological existence of women and – and this recent rule change that the House just actually voted and passed on today that you were talking about removing references to you know mothers and fathers, brothers and sisters, sons and daughters, from congressional rules and administration, it’s mind-blowing because it shows just how out of touch with reality and the struggles of everyday Americans people in Congress are,” Gabbard responded.

“But also, it shows that you know their first act as as this new congress could have been to make sure that elderly Americans are able to get the COVID vaccine now alongside frontline healthcare workers, elderly Americans who have the highest mortality rates from this virus, but instead of doing something that could actually help save people’s lives, they’re choosing instead to say well you can’t say mother or father in any of this congressional language. It’s astounding,” she added.

AOC vs Boebert… It Doesn’t End Well for AOC

Radical leftist Rep. Alexandria Ocasio-Cortez, or AOC as she is known on the internet, took issue with a…
byadmin 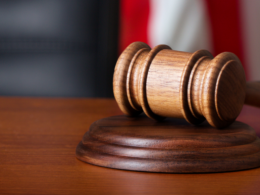 Its OVER, Oprah Can’t Save Him Now