U.S. Surgeon General under the Biden-Harris regime Vivek Murthy has been called out for colluding with Big Tech Giants, Facebook, YouTube, and Twitter, facing serious accusations of censoring medical information, news, and opinions that do not conform to the administration’s narrative.

On July 23rd Congressmen Bob Gibbs (R-OH) and Byron Donalds (R-FL) are demanding that General Murthy answer for this and immediately provide all documents and communications between his office and the Social-Media firms regarding their combined efforts to suppress opinions and medical data that contract their guidelines.

The White House secretly working with Big Tech to censor social media is proof that the Democrats don't want opposing voices to have the ability to speak.

“The problem is that the Democrats don’t want anyone else to have the ability to speak. Let’s be very clear: if the WhiteHouse actually thought that it was okay for Americans to speak their mind on a social media platform which Jen Psaki says is a public platform, you wouldn’t have these issues.

But they don’t want anybody else to be in the public square so to speak speaking and putting out information. Whether the White House agrees with it or not. Maria, frankly whether you and I agree with it or not, Americans have the right under the First Amendment to speak.

You cannot have the President of the United States, any member of Congress, any governmental agency basically get in the way of that. Try to go through a private company through the back door to squelch that speech. It is almost pretty clear to me that is what the White House has done.

What’s important for Congress to do now, is get the information about, when did the White House speak to them? What did they talk about? How frequently were they talking to the social media companies? And what the impacts of that are.

This is a serious constitutional issue that Congress has a responsibility to make sure that we investigate. Because this is the Freedom of Speech of the American people, it must never be infringed.”

He continued, “As ridiculous as Joe Biden’s comments have been on voting rights, with respect to what’s going on in Texas or Georgia or my home state of Florida, hey he’s free to say what he wants, even if it’s stupid. And so I would never stop him from saying it.

Congressmen Donalds and Gibbs seemed to echo the sentiment given by President Trump in announcing his imminent lawsuit against the Big Tech Giant’s in Bedminster, NJ and his Op-Ed in The Wallstreet Journal where he wrote,

“Further, Big Tech and government agencies are actively coordinating to remove content from the platforms according to the guidance of agencies such as the Centers for Disease Control and Prevention.

Big Tech and traditional media entities formed the Trusted News Initiative, which essentially takes instructions from the CDC about what information they need to “combat.” The tech companies are doing the government’s bidding, colluding to censor unapproved ideas.

This coercion and coordination is unconstitutional. The Supreme Court has held that Congress can’t use private actors to achieve what the Constitution prohibits it from doing itself. In effect, Big Tech has been illegally deputized as the censorship arm of the U.S. government. This should alarm you no matter your political persuasion. It is unacceptable, unlawful, and un-American.” 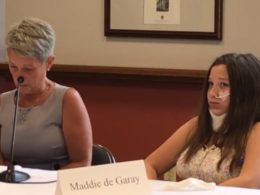 At 8:45 a.m. near Fronton, TX shots rang out as the Rio Grande lapped gently against the American…
byMatthew Holloway 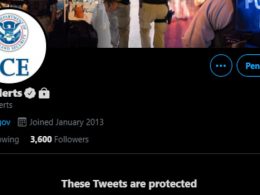 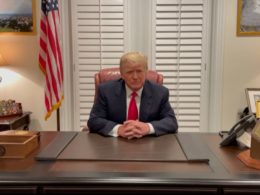 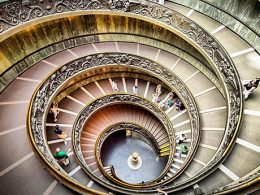