This latest generation of Democrat Leaders just isn’t really working out are they? With the likes of Congresswoman Alexandria Ocasio-Cortez (D-NY) as their main exemplar, you wouldn’t think so either. News has come from Boston of a “bright and dynamic” young Mayor of Fall River, Massachusetts. This young man one, Jasiel Correia convinced voters to follow him by selling the image of a successful entrepreneur. He swayed them with promises of reviving the old mill town thats seen better days. That was right up until today, prosecutors now say he’s really a complete fraud and a theif.

“Correia heads to trial this month on charges that he stole more than $230,000 from investors in a smartphone app he created to pay for things like a Mercedes, casino trips and adult entertainment. As mayor, he’s accused of convincing his chief of staff to give him half of her salary in order to keep her city job and extorting hundreds of thousands of dollars from marijuana businesses seeking to operate there.”

One former city council member, Linda Pereira ran against Correia in 2017 and lost, she seemed to know the score. “My husband says it best: He could convince the pope that there’s no God,”

The Party of Fraud and Extortion

According to authorities about three years before Correa’s political inclinations became clear he starting seeking investors for his new business venture. He apparently promised he wouldn’t take a salary, however, within weeks of getting a $50,000 check from an investor he dropped $10,000 on a new Mercedes. It’s almost like we’ve seen this movie before right? The fraud started up almost immediately.

Throughout the next several months prosecutors are charging that Correia blew through about $360,000 of investors cash. In truly bizzarre happenstance he was recalled and re-elected in the same night and seemed that he would come out on top, until he was arrested by Federal investigators and ousted from office a month later.

From the local levels to the gubernatorial seats of New York and Michigan, all the way up to the Biden-Harris regime, corruption, self-enrichment and above all: hypocrisy have become the new way of the Democrat.. rather they should just accept the new name: Democrat-Socialist Party because stories like Correia’s read more like the early Soviet Union’s type of civic decay than a modern American city. 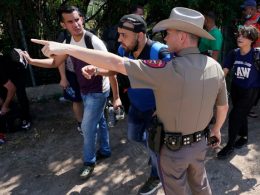 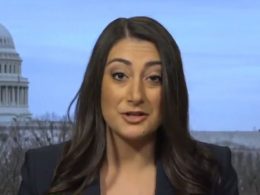