“Democratic Socialism is really no different from socialism itself,” said the bill’s Republican sponsor, Florida Rep. Tom Fabricio. “Democratic socialism is a slippery slope that does lead to socialism in many nations, and people have died looking to obtain individual liberties that we enjoy here today,” he said.

HR145’s language is extremely clear in its’ condemnation,

“WHEREAS, in contrast to the foundational American values of individual liberty, private property, and constitutional democracy, democratic socialism is a political and economic theory of social organization which advocates the ownership or regulation of production, distribution, and exchange by the community as a whole, and

WHEREAS, in many nations that have relied upon democratic socialism to improve the lives of their citizens, the result has been economic and social chaos, an extraordinarily low standard of living for the vast majority, and the absence of individual liberty for all, NOW, THEREFORE,

Be It Resolved by the House of Representatives of the State of Florida: That democratic socialism is denounced in favor of the true American values of individual liberty, private property, and constitutional democracy.”

The bill passed the State House on party lines 79-36 over objections from Democrats who “bristled at being described as socialists” according to local affiliate news4jax.com. The Florida Democratic Socialists through the Orlando DSA twitter responded to the condemnation with one of their own targeting the Florida GOP for cutting corporate taxes to encourage economic growth.

The same @FloridaGOP that passed a resolution to condemn democratic socialism yesterday is now cutting corporate taxes after defunding hospitals and universities. They are the enemy of working class Floridians. https://t.co/VOAktcyYqe

“Are you at all concerned that we are setting a terrible precedent here by cherry picking political parties for condemnation and candidates — as you mentioned, sitting U.S. Sen. Bernie Sanders, who by the way, almost was the nominee for the Democratic Party in previous elections,” Democratic Rep. Carlos Guillermo Smith asked the bill sponsor.

Florida Democrats reticence to condemn Democratic Socialism is interesting given they were quick to condemn Sen. Sanders in February 2020 when he refused to condemn the Cuban Revolution on 60 minutes when he said “We’re very opposed to the authoritarian nature of Cuba but you know, it’s unfair to simply say everything is bad. You know?” Sanders said Sunday when asked about the remarks. “When Fidel Castro came into office, you know what he did? He had a massive literacy program. Is that a bad thing? Even though Fidel Castro did it?” as Politico reported.

The wrote, “The same @FloridaGOP that passed a resolution to condemn democratic socialism yesterday is now cutting corporate taxes after defunding hospitals and universities. They are the enemy of working class Floridians.” 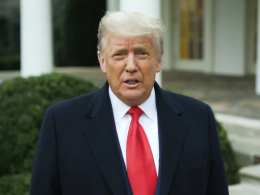