As mainstream media outlets and governments, the world over take up the chorus of the Omicron variant of COVID19 we’re beginning to see more and more extreme measures taken and recommended against a relatively new strain of the illness that the South African Health Ministry says is so far… pretty mild. As British authorities and then the Biden-Harris regime slapped down on Southeast Africa with punishing travel-bans they once Universally condemned under President Trump, and the world seems to be queuing up for lockdown 2.0 people are asking: Why?

Only a week before the announcement of ‘Omicron’, the Associated Press and many medical experts were pointing out that “there is something “mysterious” going on in Africa that is puzzling scientists, said Wafaa El-Sadr, chair of global health at Columbia University. “Africa doesn’t have the vaccines and the resources to fight COVID-19 that they have in Europe and the U.S., but somehow they seem to be doing better,” she said. While less than 6% of all Africans have taken the jab the World Health Organization has described Africa as “one of the least affected regions in the world”.

Nations Latch On To African Travel Ban- A Prelude to Lockdown 2.0

That all changed on Friday, November 26th though when the World Health Organization announced the new “Omicron” variant (conveniently skipping Ξ Xi in the Greek Alphabet)

“South Africa said on Friday that imposing restrictions on travellers from the country because of a newly identified COVID-19 variant was unjustified, after a British ban on flights from southern African countries that others have followed. Health Minister Joe Phaahla told a media briefing that South Africa was acting with transparency and travel bans were against the norms and standards of the World Health Organization (WHO)”

Joe Biden swiftly enacted a full travel ban on South Africa, Botswana, Zimbabwe, Namibia, Lesotho, Eswatini, Mozambique, and Malawi a region spanning over a thousand miles from end-to-end and comprising hundreds of culturally distinct groups and tribes. Politico reported that according to a “senior administration official. The administration’s decision was in response to advice from Anthony Fauci, the president’s chief medical adviser, and the Centers for Disease Control and Prevention, the official said.” Elsewhere in the US, New York Governor Kathy Hochul declared a state of emergency in the state pre-emptively, despite there being zero cases in New York and the danger of the strain being as yet undetermined. Likewise, just days after living the Mayor lifted the District of Columbia’s indoor mask mandate, the Washington, D.C. Board of Education President Zachary Parker called on Mayor Muriel Bowser to reinstate the order.

“We immediately need to reinstate the mask mandate,” he said, adding that more vaccine education and outreach efforts should be conducted. “The lifting of the mask mandate couldn’t have come at a worse time. We are weeks before the Christmas holiday. Travel is going to increase across the city. Now, we have a new variant on the horizon.”

Just two days later, and the World Health Organization is now pushing for an “international accord to help prevent and fight future pandemics” with WHO Director-General Dr. Tedros Adhanom Ghebreyesus, who has been a controversial figure due to his relationship with the Government of China, raised serious concerns in nations around the world concerned for their sovereignty in the increasingly globalist motif of the COVID panic. And the drums of lockdown2.0 are being pounded.

Protests continue in Tel Aviv against vaxx mandates and another lockdown. pic.twitter.com/r42O9jthwk

“The emergence of the highly mutated omicron variant underlines just how perilous and precarious our situation is,” Tedros said according to Fox35, calling for a “legally binding” agreement that wasn’t mentioned in a draft text seeking consensus on the way forward. “Indeed, omicron demonstrates just why the world needs a new accord on pandemics.”

“Our current system disincentivizes countries from alerting others to threats that will inevitably land on their shores,” he said, saying that South Africa and Botswana — where the new variant was detected in southern Africa — should be praised and not “penalized” for their work. That was an allusion to travel restrictions announced by many countries on air travel to and from the region.”

Omicron is so dangerous that it might evade vaccines and thus we should mask up and prepare for full lockdown again. But don't worry, this 79-year-old man in clear decline doesn't need a mask. pic.twitter.com/sxF9k2fB7u

Many on the left are calling for lockdowns already mimicking those seen in Australia, New Zealand, Austria and Germany, but with the new developments at the UN make the prospect of lockdown 2.0 pale by comparison. If the orders are coming from the UN in New York instead of the American government in Washington, then our nation is effectively finished. 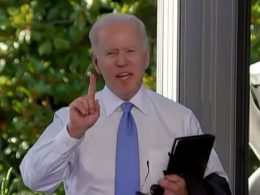 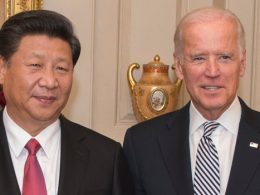 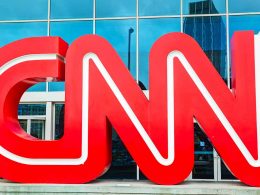 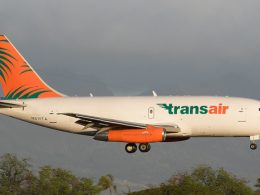