Joe Biden’s election chances have been tossed out the window thanks to his son’s laptop that came out back in October 2020. And now the FBI has been doing everything possible to make sure nothing about Hunter Biden becomes a national news story that could continue to harm the Biden presidency.

Well, according to the Daily Wire, now whistleblowers are coming forward claiming that FBI agents were prevented by their bosses from investigating Hunter Biden’s laptop ahead of the 2020 election.

A whistleblower revealed that FBI officials informed investigators to avoid looking into Hunter Biden’s laptop prior to the 2020 presidential election, stating they’re “not going to change the outcome of the election again.”

John Paul Mac Isaac was right. The FBI warned agents not to touch Hunter Biden’s laptop after he gave it to them in Dec. 2019. That was why he felt compelled to go public 9 months later. FBI whistleblowers spilling more dirt to ⁦@SenRonJohnson https://t.co/PIlThWB68F

The report from Johnson comes only a month after there had been another whistleblower report published by Iowa Republican Sen. Chuck Grassley’s office claiming similar allegations.

Johnson asserts that “individuals with knowledge of the FBI’s apparent corruption” shared with his office that the FBI intentionally prevented the investigation into Hunter Biden.

Over 14 whistleblowers have contacted Rep. Jim Jordan’s (R-OH) office regarding how the FBI is handling the investigations of conservative parents that have pushed for school reforms as well as the Jan. 6 riot.

“While I understand your hesitation to investigate a matter that may be related to an ongoing investigation, it is clear to me based on numerous credible whistleblower disclosures that the FBI cannot be trusted with the handling of Hunter Biden’s laptop,” Johnson wrote. 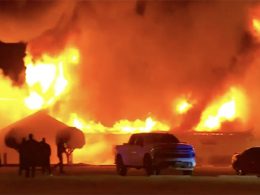 A South Georgia church is picking up the pieces after a devastating fire. Douglas Christian Fellowship in Douglas,…
byKasey Dean 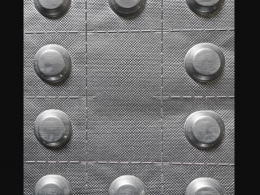 Another lawsuit has been filed against the makers of the well-known heartburn medication Zantac, after a Virginia woman…
byStaff Editor